Daniel Francis served as editor for The Encyclopedia of British Columbia (Harbour, 2000), which won the Roderick Haig-Brown Regional Prize and the Bill Duthie Booksellersâ Choice Award in BC. Francis also wrote the definitive biography of Louis Denison Taylor, the newspaperman who served as mayor of Vancouver more times than anyone else. His biography of Taylor, L.D.: Mayor Louis Taylor and the Rise of Vancouver (Arsenal Pulp, 2004), received the City of Vancouver Book Award in 2004. Francis has his BA from UBC (1969) and an MA in Canadian Studies from Carleton University (1975). He worked as a newspaper reporter for two years before turning fulltime to historical writing and research. He has also been an editor with Geist magazine and has served on the executive of The Writersâ Union of Canada, the BC Federation of Writers, The Vancouver Word on the Street Festival, and the West Coast Book Prize Society. 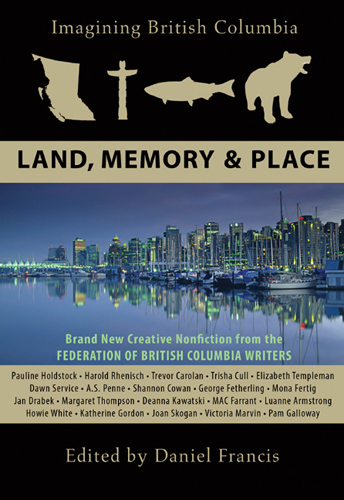