Oliver Hockenhull has had critical essays published in many art magazines in Canada â such as C, POV, and Fuse. He is also a noted filmmaker and media artist whose works screen around the globeâfrom numerous Vancouver International Film Festival screenings to screenings at MOMA, Melbourne, Kerala, Rotterdam, Chicago, Amsterdam, Paris, etc.

Alex Mackenzie was founder and curator of both the Blinding Light Cinema and the Vancouver Underground Film Festival. He is past editor of Workprint, 250W and contributed to a variety of publications including Take One Magazine and various gallery and festival catalogues and imprints. His media work has screened throughout Europe and North America. He is also an accomplished graphic designer, having worked with, among others, Infinity Features, the National Film Board of Canada, Tabata Productions, Omni Film, and a broad range of film publicity and music CD packaging concerns. 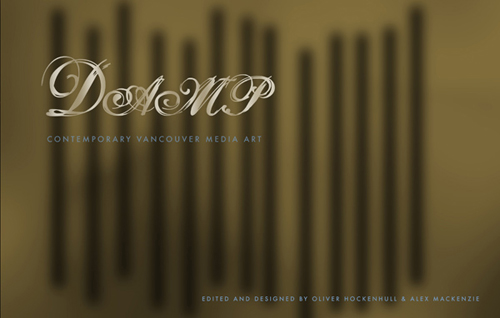